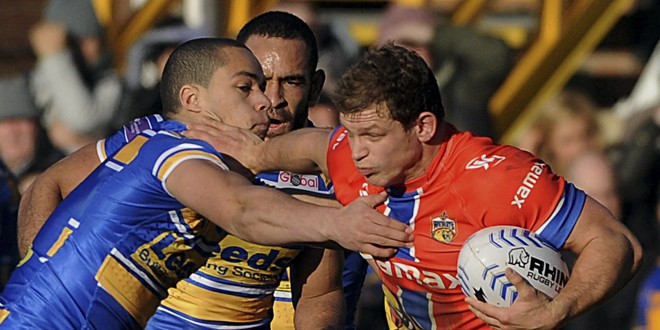 Kingstone Press League 1 side York City Knights are on the verge of a major transfer coup, as they are believed to be close to securing a deal for former England international Peter Fox.

The 30-year-old is without a club after spending the second half of 2014 with Championship side Halifax, having previously played in Super League with clubs such as Wakefield Trinity Wildcats and Hull KR.

Fox has six England caps to his name, and will provide a huge level of experience for James Ford during his debut season as coach of the Knights in 2015.

Fox himself is a native of York, and has played with the club before, when he joined on loan from Leeds Rhinos way back in 2005.

During that season, Fox scored an impressive 25 times in just 26 games, and then 15 times in 19 games in 2006, as he earned a spot in the National League One Team of the Year.