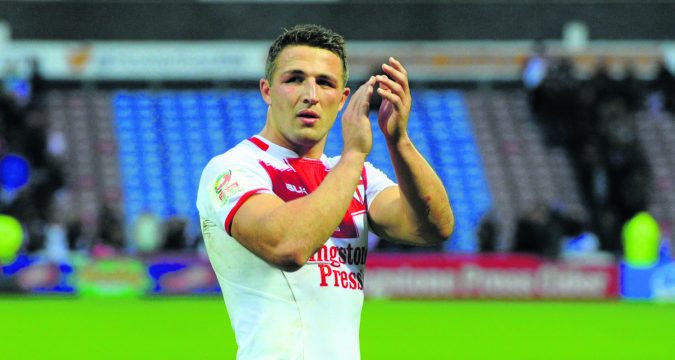 Operations Director Jon Dutton has admitted, in a frank interview with League Express, that there are important lessons to learn from the staging of the tournament this year and that there were some shortcomings in the structure and organisation of the tournament.

“Clearly from a tournament perspective everyone wanted England to be in the final and we were very confident of selling Anfield out should that have happened,” said Dutton.

“But the two best teams are in the final and we were still excited to come here.

“As for the tournament itself, we set out a schedule at the start which was a mixture of tradition and expansion, and I think we’ve learned some lessons going forward. We’re building towards a World Cup in 2021 and it’s been more than useful in that regard.

“The terrestrial coverage the BBC have given us has been really significant for the sport. There have been some highs, lows and some frustrations.

“We started on a Friday night but what we’ve got to remember is that we have obligations to overseas broadcasters because they help fund the tournament,” he said. “We made the right decision to go back to London but we would have hoped for more people there, clearly.

“It’s something we need to have a think about in the future – even though I thought it was a better atmosphere. In terms of Coventry, we didn’t hit our targets and the stadium is quite unforgiving for something like a double-header. Being on Bonfire Night it was difficult too.”

But not even the traditional heartlands escaped Dutton’s open criticism of the tournament, with Dutton expressing his disappointment with the attendance at the Lightstream Stadium for Scotland’s game with Australia.

“We set the schedule out many months ago and we’ve gone to traditional places like Hull, Huddersfield and Workington – and we were disappointed more people didn’t come to Hull on the opening night to watch the Kangaroos,” he said.

But what now? What next for international Rugby League? Not just in this country, but worldwide? Dutton admits there are no concrete plans in place yet – the RLIF will disclose these in the coming months – but he says that the priority is for games in England as soon as possible.

“I think the important thing for us now is to set the international calendar from 2018 running up to a home World Cup in 2021 as quickly as possible,” he said. “We’ve got that milestone of 2021 (World Cup) to look to, and we’re having conversations about 2018, 2019 and 2020 because we want to sort that out. We’ve learned lessons from this and we’ll build from it. In the next couple of months we can spell out what we’re doing on the run to the World Cup and we want as many of those games in England as possible.”

Dutton does admit, however, that it is unlikely English fans will see any major international games on these shores next year. He said: “It’s fair to say that in 2017 with the preparations for the World Cup, all that will be overseas. 2018 is now our priority and we’re dead keen we have some marquee fixtures at home. Hopefully it’s something people can look forward to.”

And does the Four Nations have a future? Dutton remains coy. “We’re one third of the owners of the Four Nations alongside the NRL and the NZRL and we’re having conversations with the guys over the next few days,” he admitted. “We’re going to debrief on not just this tournament, but the 2014 Four Nations too. I think we’ve got a great relationship with those guys so we can have a clear plan.”

And what about an honest assessment of this tournament? A score out of ten, perhaps? “A seven out of ten would be a fair score,” Dutton admits.