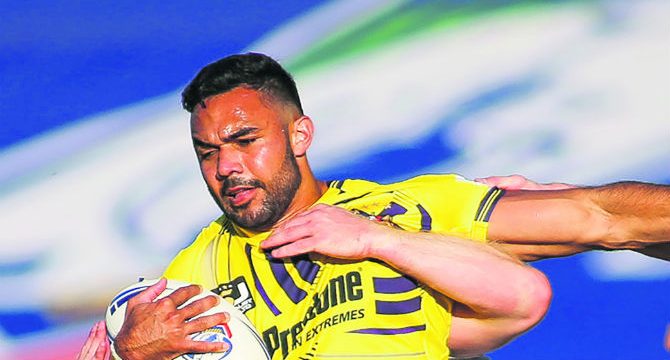 Bevan French scored two to provide Wigan with a comfortable victory over a depleted Wakefield side.

As a result, Wigan have leapfrogged their next opponents, St Helens, in the league table and are now behind Warrington on points difference.

Jake Bibby and Ben Flower both returned for Wigan, while Jack Wells made his first appearance in three years.

Wakefield had 16 available players due to track & trace protocols, so Matty Ashurst was drafted into the squad without any training sessions.

Trinity stormed into an early 12-point advantage as Jacob Miller pirouetted his way over the line and Tinirau Arona crashed over under the posts.

Wigan drew level with two scores in three minutes; Jackson Hastings and Liam Farrell combined well, while Bevan French received an inside ball from Joe Burgess to cross under the posts.

Sam Powell spotted a defensive gap and scooted over to provide Wigan with the lead for the first time. Space opened up for Oliver Gildart as he crossed out wide, and French broke through the line to prevent any comeback.

Wakefield crossed for a consolation in the latter stages; Tom Johnstone with a signature finish out wide on his return.