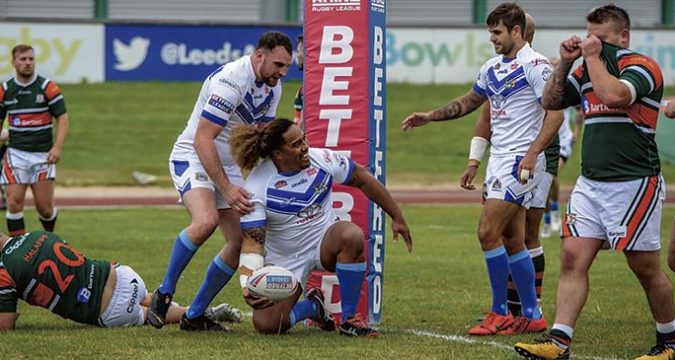 The legendary career of Fuifui Moimoi is set to continue into 2021 – but it could well be away from Workington.

At 40 years of age, the New Zealand international is still going strong in League 1 with the Cumbrians and is set to play on next year.

However, TotalRL understands his future may well see him change allegiances next season, with a move to Rochdale Hornets growing in possibility.

Moimoi, has spent the last three seasons with Town but a move to their League 1 rivals looks to be a strong likelihood, with the Hornets building a menacing pack for next season.

Gavin Bennion and Jo Taira have both been recruited to Matt Calland’s squad ahead of a promotion pursuit.

Moimoi, who made a name for himself with Parramatta in the NRL, has played for Leigh Centurions and Toronto Wolfpack in England.

A move to Rochdale would reunite him with Sean Penkywicz, who he played for with the Wolfpack.

A New Zealand and Tonga international, Moimoi is one of the most recognisable players in the game.