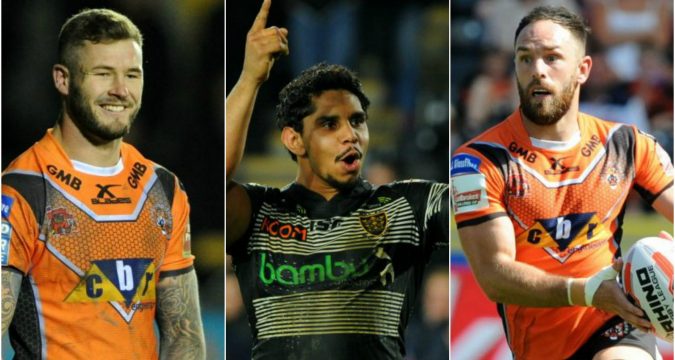 Luke Gale, Zak Hardaker and Albert Kelly have been named on the three-man shortlist for the Steve Prescott Man of Steel award.

The trio have been named on the shortlist after topping the poll of votes conducted including every Betfred Super League player.

Gale, who has already been named as the Albert Goldthorpe Medal winner for a third consecutive year, has scored over 300 points this season.

Hardaker has been arguably the signing of the season following his move from Leeds, helping the Tigers secure the League Leaders’ Sheild.

Meanwhile, Hull’s Kelly has also proved to be a superb acquisition following his cross-city switch, playing a crucial role in several key games and helping the Black and Whites to the Challenge Cup.

The winner will be named in Manchester on Tuesday, October 3rd.