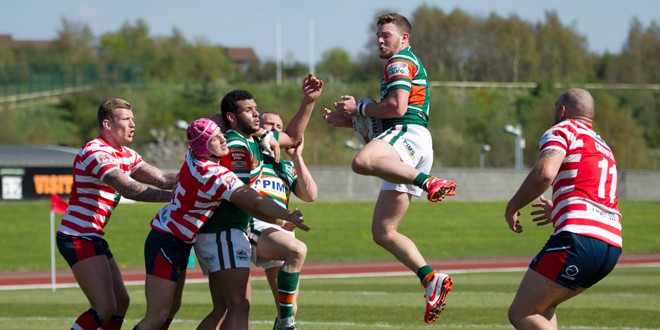 The RFL has today reaffirmed its confidence in the programmes and policies it has in place to increase the number of people who play Rugby League on a regular basis in 2015.

Despite disappointing figures in the latest Active People survey announced by Sport England this week, RFL Chief Executive Nigel Wood believes the sport is continuing to attract and retain participants across throughout the game.

The Active People figures are calculated by extrapolating data from a sample survey but the RFL’s own metrics, which provide a more definitive measure, are based on actual registered player numbers.  In 2014 there were rises in the number of registered players across many formats of the game, including Play Touch Rugby League, University and Colleges Rugby League and Primary Rugby League, whilst the newly-devised Tag Rugby League introduced thousands of new people to the sport.

On Tuesday of next week, details of an exciting new Rugby League initiative supported by First Utility Super League, Kingstone Press Championship and League 1 clubs that will reach 700,000 people over the next seven years will be announced and Wood feels the sport is entering its new era in healthy shape.

“Our analytics shows that we had more Rugby League teams, and more people playing Rugby League, in 2014 than ever before across all derivatives of the game and there can be no doubts that we are heading in the right direction,” said Wood.

“The outstanding development work that is taking place across the sport is recognised by Sport England as being both innovative and effective and we remain committed to introducing as many people as possible to the joys of Rugby League.

“The offers we have in place such as Play Touch Rugby League are being well received by new players across the country and I am confident the sport will continue to grow as we enter an exciting new era.”