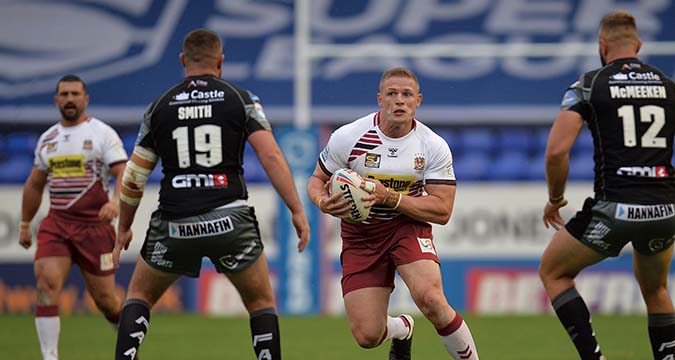 The 29-year-old prop joined the Warriors from NRL side South Sydney Rabbitohs on a three-year deal ahead of the 2020 season.

But a persistent hip injury restricted the 15-times-capped England international to just eight appearances. Knowing he would be sidelined for the whole of this season after surgery, he left the club in February.

Before joining Wigan, Dewsbury-born Burgess spent ten years with South Sydney, where he played alongside his brothers Tom and Sam.

Now he is said to be closing in on a two-year deal with their Sydney rivals St George, who parted company last week with their prop forward Paul Vaughan, who was sacked for holding a party in breach of Covid guidelines.

The proposed contract is thought to feature incentives if he can get back to full fitness.

Burgess has said he could return to Wigan at some point in the future.

“I’ve spoken to (owner) Ian Lenagan about it already, and he said if I’m good to go he’ll be more than happy to have me back,” he explained.

Wigan are preparing for the second of back-to-back Super League clashes with Huddersfield.

Having clashed at the DW Stadium on Sunday, they meet at the John Smith’s on Friday in a game that was originally scheduled for June 11, but was postponed because of Covid issues at the Giants.

Wigan welcomed Tony Clubb back into their side on Sunday, while fellow prop Ethan Havard will be available on Friday after a one-match ban.

But second rower Willie Isa will again be out as he completes a two-match suspension.