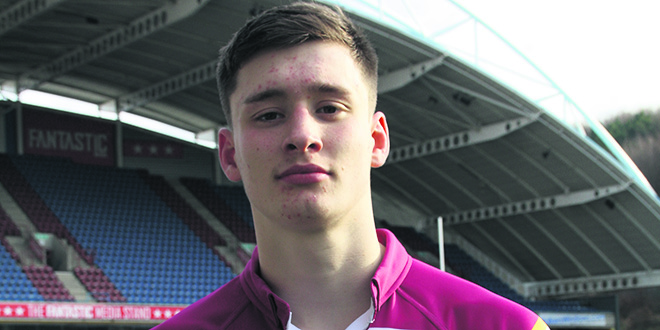 Huddersfield Giants have handed 19 year old back row/centre Sam Wood an enhanced contract for this season, which has seen him promoted to the club’s full time Super League squad.

“Sam debuted last month for us in a difficult time and I thought he showed up well,” said Giants coach Paul Anderson.

“He has made some sacrifices to chase his dream of being a Super League player and it’s only fair that the club recognises this and rewards him accordingly.

“The jump from part to full time is huge and this contract gives Sam his first step onto a long ladder.

“He will benefit enormously from being with the first team for the majority of the time now and step into the academy sessions when the specific game related practices are being taken.”

Wood added: “I am obviously pleased to step up and be given an improved deal. My aim of course is to earn another one as soon as possible for the following year. The training in the two groups is similar in format but the intensity, speed and general toughness is higher in the Super League squad and it’s something that only hard work and repetition can get me used to what’s required.”