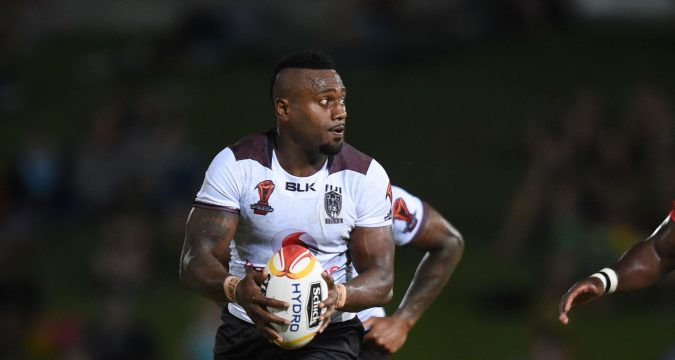 Huddersfield Giants have Fijian winger Akuila Uate from Manly Sea Eagles on a three-year contract from 2019.

Uate, 31, who made his debut for Newcastle Knights in 2008, has represented both Fiji and Australia at various times in his career, in particular helping Australia to win the 2011 Tri-Nations that was played in England.

“Akuila is a player with true class and pedigree having scored over 100 NRL tries and playing at the highest level internationally as well as in State of Origin, so we’re really excited to add him to our ranks for 2019,” said Giants coach Simon Woolford.

“In Akuila Uate and Jermaine McGillvary we have two world class outstanding wingers who are capable of scoring some magnificent tries and making some big metres during games. Aku will really strengthen our side, as well as help to develop the number of talented young wingers at the club, particularly Innes and Louis Senior and I feel it’s a real statement signing from the club, which shows our ambitions and where we want to be.”

Giants Managing Director Richard Thewlis said: “From the word go Aku was Simon’s number one priority strike signing for 2019 and it was his relationship with him that went a long way to ensuring he will become a Giant. From reports down under and looking at his career he certainly has all the attributes to become a real fans favourite in the claret and gold.

“There is an awful lot of work going on quietly here away from the spotlight in terms of both the playing and support staff which we are working through in timely fashion to give Simon what he wants ahead of 2019.”

Akuila Uate commented: “I am looking forward to joining the Club, meeting the fans and being a part of a great culture.”