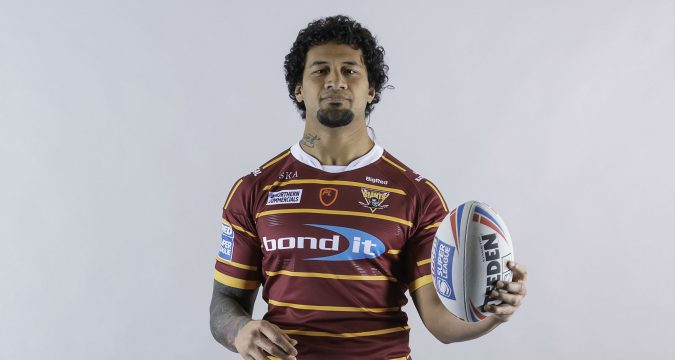 Huddersfield Giants forward James Gavet has revealed that he feared the worst after suffering a neck injury, just weeks after his cousin was paralysed from the neck down.

The Giants forward was taken off on a stretcher during the club’s victory over Hull Kingston Rovers in March with fears that he had suffered a serious injury.

Gavet felt a crack in his neck, which was also heard by the Hull KR players involved in the tackle, which left him fearing the worst.

It came just a matter of weeks after Mose Masoe was left paralysed on the same pitch during a pre-season game, and also after his cousin, the Worcester rugby union player Michael Fatialofa, suffered a spinal contusion, a serious condition that causes compression of the spine.

Both players have since made miraculous progression on their road to recovery. Thankfully for Gavet, initial fears for his own wellbeing were proven false as he was cleared of serious injury, though he hopes to not go through a similar experience again.

“I’ve had a couple of shocks to the system with that type of injury,” he said.

“I went into a run and I felt a bit of a tingly sensation shoot down my neck fast, and then a click. I thought the worst, so I thought I’d stay still; the boys tackling me heard it too and they eased up, especially after what happened to big Mose Masoe. Around a week apart from that my cousin Michael Fatialafo also suffered a similar injury.

“After seeing those two I was a bit concerned at the time. I’ve had something similar two or three times in my career. I was with the Warriors in the play-off with Penrith. Everything was on the line so I played on. I felt it against Hull KR and wondered whether I should carry on, but after speaking to the doctors, especially with us playing Hull KR, it was the right thing to be careful.”

The injury has not put Gavet off from continuing with his career; he admits it is just part of the territory when it comes to being on the rugby field.

“The human body is not made to do this,” he said.

“It’s not just the harsh contact at the weekend, you have to train how you play so you’re tackling and running just as hard, going through that car-crash sensation three or four times a week, so it’s got to do something to you.

“A lot of ex-players will tell you they have problems, there’s that and the luck of the draw. There are certain awkward positions that might be horrible with certain body types. All you need is the perfect storm in the wrong way and you can be facing disaster.

“If you look at Mose, he’s a lot bigger than me and if you look at him you’d think he wouldn’t have a weakness in his body. But you only have to hit a certain muscle at the right time. You’ve just got to control what you can.”

Gavet was appreciative of the support he received while out on the turf.

“It was good to see a lot of their physios checking up and helping me, and it ended up being good for everyone in the crowd to see that the utmost important thing is safety.

“Being a Rugby League player, we always want to play on and shrug it off without missing a game. I tried to convince them to let me go back out there, but they wouldn’t let me just to be safe and to see how I pulled up. I was fortunate enough to just have a strain in my neck area.”