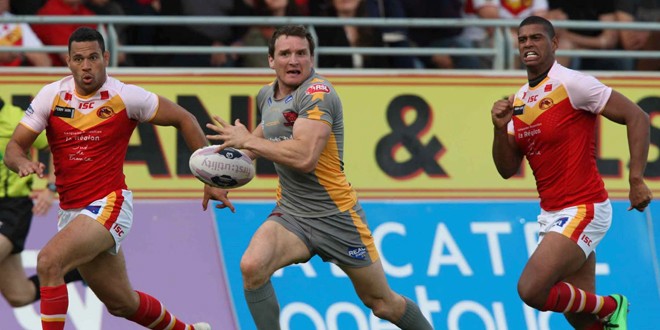 Martin Gleeson has backed the idea of featuring former players in testimonials.

Gleeson was one of a catalogue of stars that featured in a Legends game for Chev Walker’s testimonial this weekend, with the likes of Robbie Hunter-Paul, Keith Senior and Sean Long also featuring in a match against a squad of Hunslet Legends.

It was the warm-up match to the main event, which was the State of Hunslet Trophy match between Hunslet Warriors and Hunslet Club Parkside.

And Gleeson is of the belief that more testimonials should take on the new concept in the attempt to draw in bigger crowds.

“It was really fun, I really enjoyed it.

“Going in there with some ex-teammates like Keith (Senior) and Longy. I didn’t know what to make of it before I came, but it was really enjoyable.

“The conditions were awful out there but it was good to see everyone out there and to do it for a good cause as well like Chev’s testimonial.”

For a full report of the day, buy this week’s League Express, in stores now and available to read online here.