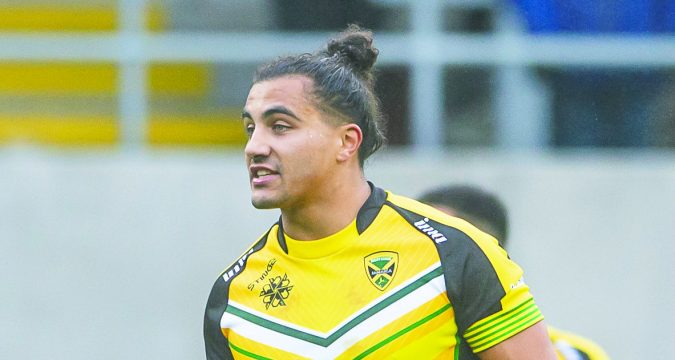 Jamaica fullback Ashton Golding has said it will be a dream come true to represent the nation of his heritage in his home city when the World Cup takes place next year.

The Reggae Warriors will face both Ireland and New Zealand at Emerald Headingley Stadium in Leeds, before travelling to Leigh to play Lebanon.

“It’s unbelievable that I am going to have the chance to play in a World Cup in my home city,” said Golding, who was born in Leeds and progressed through the ranks at the Rhinos before moving to Huddersfield Giants ahead of this season.

“I never thought I would be able to say that. And to do it and line up against New Zealand and face a haka at Headingley is just so exciting.

“I’ll also be playing against a lot of my friends when we go up against Ireland and then Lebanon, who were one of the surprise packages in the last World Cup.

“It’s going to be a surreal experience, but I need to put the work in first. I am not looking too far ahead. I just need to knock out some form next year to be in contention to be picked.

“Leeds loves it’s sport and we had a great experience there when we played the Knights last year.

“Many people from the community came to their first Rugby League match that day, so hopefully we can keep building that support and sell out grounds whenever Jamaica are in town.”