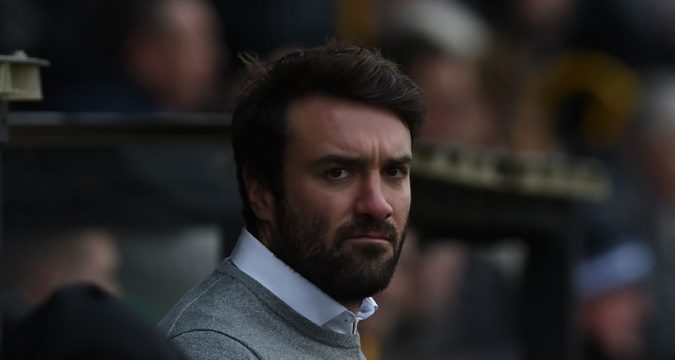 York have been very active in the transfer market of late, making some impressive signings, and it’s going to be very interesting to see how things progress in the Minster City, pandemic allowing.

Like us all, I really hope coronavirus doesn’t kibosh the 2021 Championship and League 1 campaigns, as it has this season.

Jon Flatman has done an amazing job since getting on board at a club that, like so many, has had its financial challenges over the years.

Having taken on York when winding up had been close, under his leadership the Knights have gone from strength to strength, and are set to move into the new community stadium they will share with York City Football Club, which, going by League Express editor Martyn Sadler’s recent report, is an impressive facility.

Jon had previous Rugby League involvement in various behind-the-scenes capacities at London Skolars, Hull and Wakefield, and has put the knowledge and experience he gained to very good use.

Bright performances on the pitch have gone hand in hand with an impressive and forward-thinking publicity campaign, which has really raised the profile of the club, and crowds have picked up.

Having made the League 1 play-offs in 2017, York won promotion as champions the season after, beating Bradford to the automatic promotion place.

And while many thought consolidation in the Championship would be the aim, that was followed up with a charge to the play-offs last year.

James Ford (pictured) was named Championship Coach of the Year, and along with the Chairman, he has been a key figure in this success story.

I’ve followed his career closely, and it’s been great to see the emergence of another articulate, forward-thinking, successful young English coach.

It’s inevitable he will be on the radar of other clubs, but he has clearly invested in the project at York, and it might well be that the challenge of trying to take the Knights to Super League will keep him in a city with great sporting potential.

York had already made some solid signings ahead of this season in Chris Clarkson, Danny Washbrook and James Green.

And those for 2021 include Danny Kirmond and Ryan Atkins from Wakefield, Morgan Smith from London Broncos, and what for me is the jewel in the crown, Adam Cuthbertson from Leeds.
York will have a really powerful and experienced pack at their disposal.