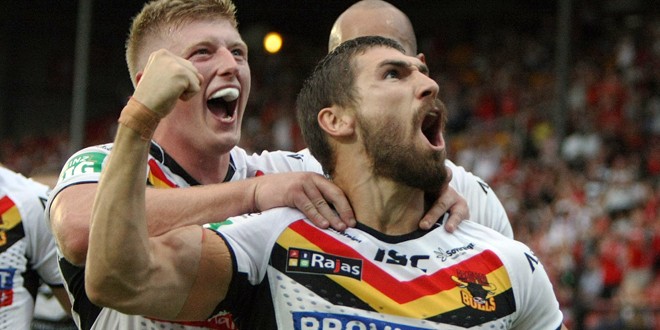 Jarrod Sammut could be on the verge of a sensational return to Bradford.

The Bulls are on the lookout for a new scrum-half following the departure of Australian Harry Siejka, and the maverick halfback, who left the Bulls for Wakefield in 2014, is thought to be one of the options being considered by Jimmy Lowes.

Sammut spent the second-half of the season with Championship side Workington Town, but he has yet to commit to a new deal with the Cumbrian club.

Talks remain ongoing between Workington’s directors and Sammut, with head coach Phil Vievers telling League Express that he is still confident of keeping his star halfback.

But any interest from the Bulls is likely to be a more attractive proposition for the Maltese international, largely down to the shorter commute to Bradford from his home in Leeds.

Samoan Pita Godinet has been heavily linked with Bradford since his departure from Wakefield, however League Express believes those rumours to be wide of the mark. Meanwhile, it is also understood that a Yorkshire-based Championship club is in discussions with Sammut over a move.