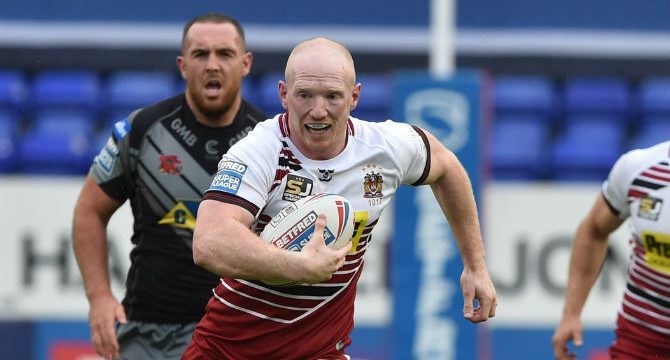 Liam Farrell wants Wigan to use a nightmare defeat as a driving force to earn a dream victory.

Three-and-a-half months on, the long-serving forward still hasn’t got over the dramatic Grand Final defeat by St Helens and he admits: “I don’t know if I ever will.”

“I’ve forced myself to watch it back,” says Farrell of the 8-4 last-gasp loss to arch-rivals St Helens at Hull in November.

“It’s still tough to take, and all we can do is to use it as a motivating factor to go one better this time. Hopefully it will be a driving force for us all.”

The return of John Bateman after a two-year stint at Canberra and the capture of Parramatta fullback or halfback Jai Field on a two-year deal has freshened up Adrian Lam’s squad and helped make up for the loss of skipper Sean O’Loughlin, who has retired as a player and joined the coaching staff.

Much is also expected of a crop of promising younger players, and Farrell, who has also enjoyed two Challenge Cup triumphs, added: “I think the future looks bright.

“The younger lads are an important part of our squad, and hopefully they will push themselves forward.”

Farrell is a candidate to take over the captaincy from O’Loughlin.

His fellow backrower Bateman says he would happily do the job, but insists there are better-qualified players at the club.

Head coach Lam explained: “We’re still deciding, and while there’s a big act to follow, we have several good leaders within the squad.”

Bateman said: “I would love the captaincy.

“But to be fair, there are plenty of natural leaders here, and you look at the likes of Tommy Leuluai and Liam Farrell as just two examples.

“Both those two have served Wigan so well over the years, they both know the club and the game and are so well respected within the playing group here.”