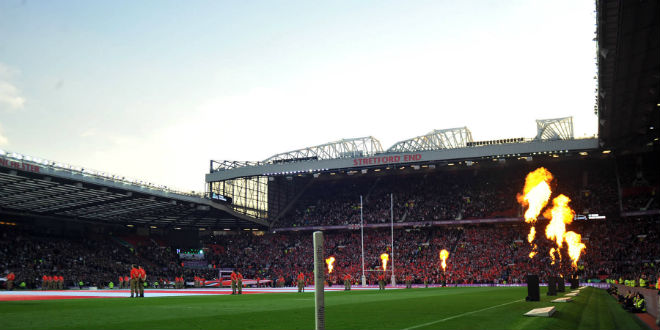 The RFL have released the following statement regarding travelling to the Grand Final on Saturday with disruption caused by Northern Rail strikes and the Manchester Half Marathon taking place on Sunday:

The Betfred Super League Grand Final is one of a number of major events in Manchester and Trafford this weekend – when strike action by the RMT Union will cause major disruption to the rail network, meaning no Northern trains will run after 7pm.

Because of this, and disruption on the roads around Old Trafford caused by roadworks and road closures ahead of Sunday’s Manchester Half Marathon, spectators are strongly advised to:

Plan their journeys to and from the stadium with extra care;

Thanks to TfGM, Grand Final ticket holders will receive free travel across the Metrolink network.

However this is expected to lead to huge demand for Metrolink services before and especially after the match, especially at Old Trafford station.

Full details of the above available on the TfGM website – https://www.tfgm.com/travel-updates/super-league-2018#

In addition, for those who plan to attend the Women’s Super League Grand Final between Wigan and Leeds at the Manchester Regional Arena adjoining the Etihad Stadium, there is ample car parking around the Etihad Campus Metrolink station – with direct travel across the city to Old Trafford. Tickets for the Women’s Super League Grand Final cost £5 for adults, and free for concessions – details here //www.rugby-league.com/article/53422/womens-super-league-grand-final-set-for-manchester

TfGM have also secured free bus travel for match ticket holders from the A580 Park and Ride site on the East Lancs Road all day on Saturday. Regular buses will operate to and from the city centre where onward Metrolink connections to the game are available. Additional services will also operate from 2pm and back to the Park & Ride site post-match, secured by TfGM.  Services will be operated by First Manchester.

The A580 Park and Ride facility has 250 spaces and is expected to be busy. TfGM are recommending car sharing as a good option for those attending the game and planning on using any of the regions park and ride sites.

A limited Northern Rail train service will be in operation from 7am to 7pm only on Saturday and those trains that do run will be extremely busy.

No trains will run from the city centre to Wigan and only a very limited number of services will operate to Warrington after the final whistle at Old Trafford. It is therefore not recommended that match goers use rail service to get to and from the event.

For full details of the disruption to Northern trains caused by the RMT strike, see the Northern website – www.northernrailway.co.uk/strike

Fans arriving early can experience the Dacia Fan Zone located outside the North West corner of Old Trafford, which will be open from 1pm until 5pm. Hosted by Rugby AM’s Alex Simmons and the Leeds Rhinos and England forward Jamie Jones-Buchanan, there will be live music, games and giveaways from Super League partners Dacia, Betfred, Northern, Patient Claim Line, Batchelors and Oddballs.

Spectators are encouraged to take their seats in the stadium early as the entertainment continues as BBC Sport’s Will Perry hosts the match day build up, before Blossoms take to the stage before kick-off. The Royal Dragoons will deliver the match ball to referee Robert Hicks at 5pm after a journey from Perpignan calling at each of the 12 Super League grounds, and Soprano Laura Wright will perform the traditional Grand Final anthem, Jerusalem, before the teams emerge from the Old Trafford tunnel.