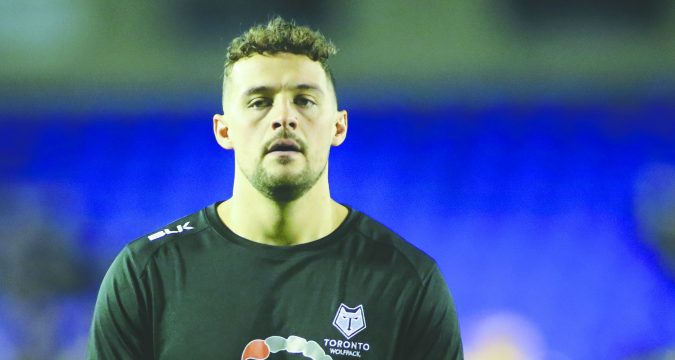 Halifax are on the verge of signing Toronto Wolfpack centre Greg Worthington.

League Express understands Fax are in pole position to capture the 30-year-old, who boasts one of the most impressive CVs in the Championship’s history.

During his eight seasons in the Championship, he has played for the side that finished top of the table on seven occasions. He has also won two Championship Grand Finals and was promoted to Super League twice with Leigh Centurions and Toronto.

In 141 Championship appearances he has scored 70 tries and is renowned for his solid defence.

Worthington will arrive at The Shay to help fill the void of Steve Tyrer, who is set to join Widnes.

Worthington’s availability came to light earlier this month and Fax wasted no time attempting to get a deal done before other clubs became aware of his place on the market.

In Worthington, they have got their man.

As well as Tyrer, the club has also confirmed that Jodie Broughton, Reece Chapman-Smith and Tommy Lee are leaving the club.