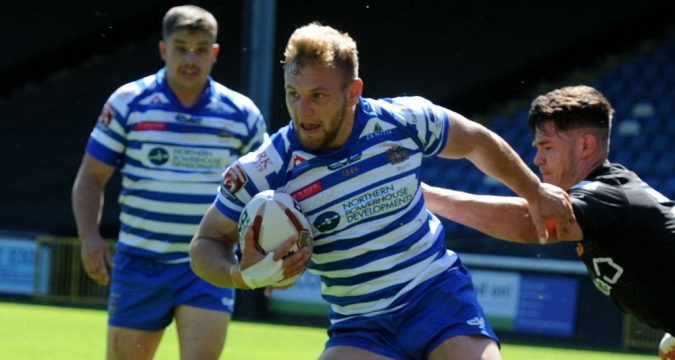 Halifax have committed to funding their reserve grade side for 2018.

The Championship club have continued to develop players below first-grade under Richard Marshall, with several players establishing themselves as first-team regulars at Fax this year.

Hooker Brandon Moore was nominated for the Championship’s Young Player of the Year award this year after first getting his chance in the club’s reserve grade, while prop Elliot Morris has become a regular after first representing the club at reserve grade.

Halifax are the only Championship team to have a reserve grade side and played regular matches against St Helens, Wigan and Hull FC counterparts this year.

“The competition next year I am hearing will be stronger and more organised and the year after, we believe a full competition will be in place,” head coach Richard Marshall said.

“If we run our reserves again, it will be the fourth year we will have committed to the system and it will put us in a strong position for if/when the format of the league changes.

“Moreover, the real reason we run the team is to develop players for Halifax and the future of the club. Our investment has already paid off with the likes of Brandon Moore, Elliot Morris, and James Woodburn-Hall making impacts in the first team. This season, you can look no further than Chester Butler, Will Calcott, and Conor McGrath as examples of progress.”

He continued: “Again we will be looking to fund the team through sponsorship, donations, and fundraisers which the trust organise and run. Anyone who would like to help further, as Stuart Fletcher did last year by donating to the cause, please get in touch with Mark Moore at the club.

“We have a great club throughout the grades from our partnership with Calderdale College and our tier 3 academy system through to the reserves and up to first grade. A genuine pathway to succeed exists and I am proud to lead the team. With your support, next year we can keep our vision of one day being back in Super League with a team made up of homegrown talent.”