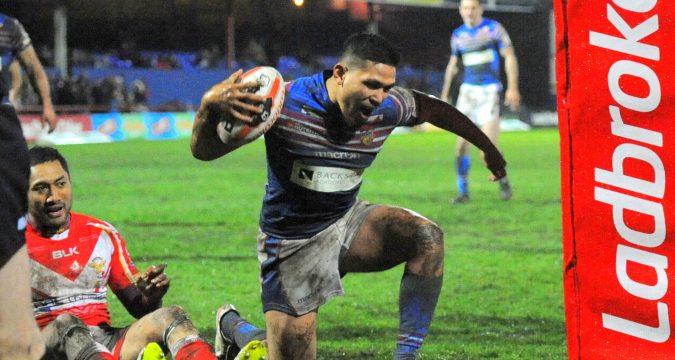 The Samoan international has joined the club on an initial month-long loan and is set to make his debut in Halifax’s huge clash with Toulouse Olympique on Saturday.

He joined Trinity in 2015 from Queensland Cup side Mackay Cutters and made 52 appearances for the Super League outfit in his two-year spell at the Beaumont Legal Stadium.

His arrival is a timely boost for Richard Marshall, whose side travel to France on Saturday for a game that will have a huge impact on who makes the Qualifiers at the end of the month.

Fax and Toulouse are currently level on points going into the fixture, with Olympique holding the fourth and final Qualifiers spot due to better points difference.

“When we enquired and Mikey was available we were keen to get him in,” Marshall told TotalRL.

“He can play at 9, 13, second-row or even in the halves. He’ll be a very good addition to a Championship squad like ours. He wants to come and play at Halifax, he likes what we’re doing here and he wants to be in the big games at the end of the year. We hope we can facilitate that for him.

“He’ll add some freshness and experience. Simon Grix and Scott Murrell have taken a lot on this year and hopefully this will just free them up, the same with Will Sharp too.”