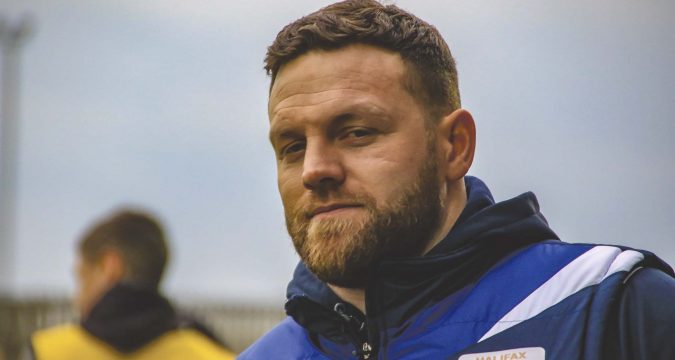 Halifax are closing in on the signing of Hull FC halfback Liam Harris.

League Express understands the playmaker has been in talks with the West Yorkshire club and looks increasingly likely to link up with Simon Grix’s squad ahead of the 2021 season.

Harris joined Fax on a season-long loan earlier this year but didn’t play a single game for the club due to the season lockdown.

However, regardless of what happens with the current Championship campaign, it appears he will get to pull on the blue and white shirt next year.

Harris was part of the York City Knights side that reached the Championship play-offs last season.

The 23-year-old played 18 times for the Knights, scoring five tries.

He joined his boyhood club back in 2018 and memorably scored on his Hull FC debut in their 2018 Magic Weekend victory over Hull Kingston Rovers.

He has played 11 Super League games for the club so far, scoring three tries.

The news comes after head coach Simon Grix expressed his optimism surrounding the club’s plans for next season.

“Over the last 12 months the club has done a lot behind the scenes to get itself in the best position it’s been in for a long time, to be honest,” he said.

“We’re not the wealthiest team in the competition but we have enough pull to attract players and we are doing that.

“It’s inevitable we will lose players to more money and no doubt we’ll miss out on some new players we have our eye on. I’d imagine those who have backers will still be backed and those who aren’t will have to cope with Sky reductions which will make things tights. But we’re happy with how things are going so far.”