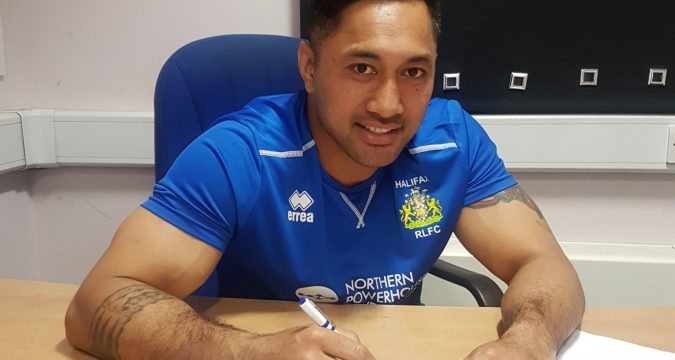 QLT has been moved on from the Wolfpack due to the club’s need to free up a quota space for the signing of Darcy Lussick.

As a result, the Samoan international has joined Fax, who beat off interest from the likes of Leigh Centurions, Bradford Bulls and York City Knights to secure his services for the rest of the season.

The former Sheffield ace was a key member in Toronto’s inaugural squad that won promotion to the Championship last season.

The 33-year-old made 22 appearances for Paul Rowley’s side last season, scoring 20 tries, while he made nine tries for the club this season.

But Toronto’s capture of Gareth O’Brien saw him drop down the pecking order at the club, and after being informed he wasn’t in the club’s long-term plans, he has decided to continue his career at Fax.

“Quentin will further strengthen and complement our squad and add depth in the backs,” said Halifax head coach Richard Marshall.

“We have also signed him with a view to mentoring our younger players in the squad using his extensive experience. His past try scoring record is impressive and I am sure he will take the opportunity to add to this in a Halifax shirt”.

Toronto coach Paul Rowley added: “It was a difficult decision because I’ve always had a great relationship with Q.”

“The bond I and the rest of the players have with him is hugely positive and respectful and he was one of the first players that bought into the idea of our Toronto Wolfpack touring party.

“He has been an outstanding leader for us both on and off the field and he was a really big part of helping us make the transition in Canada.

“He’s a fun character and a very popular member of the group and we wish him the very best of luck for the future.”