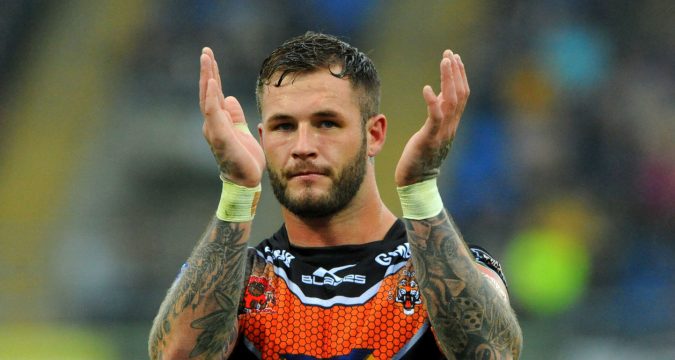 The overriding emotion to the news concerning Zak Hardaker over the last seven days has been nothing but one of sadness.

It’s sadness for a number of reasons. One, I fully believed Hardaker when he said repeatedly that he had shed himself of the demons and off-field indiscretions which had plagued the early years of his career.

Two, it cast an unfortunate and unavoidable over the Grand Final – before, during and after the game. Three, it leaves England with a huge hole to fill ahead of the World Cup, as a player of Hardaker’s talents is not easily replaceable.

But above all else? It’s just sad to see a young man fall on hard times and fall into drugs – and that’s why it’s important rugby league doesn’t just chew him up and spit him out.

Speaking from personal experience, Zak is a friendly and extremely likeable guy. He’s always happy to do interviews, happy to speak afterwards and was as accommodating as most other rugby league players.

Denis Betts was right earlier this week when he said the issue of drugs in rugby league has been magnified simply because it is a high-profile player like Hardaker. But as the 25-year-old prepares to start what will likely be a two-year exile from rugby league, it is hopefully a lesson to every single player that dabbles with drugs that nobody is immune to being caught.

Hardaker could have easily been named Man of Steel if a few votes had gone a different way. He could have won a Grand Final. He could have been named Harry Sunderland Trophy winner before heading off to play for England. As high-profile players come in this country, they don’t get much bigger.

So no matter who you are, at whatever level, surely you have to ask yourself if it’s even worth the risk of getting involved with drugs? Look at the punishment and suspension Hardaker is staring in the face and how his career is now in serious danger of being over. Don’t do it. If just one player decides to turn away from drugs off the back of this, something good has come out of a horrendous situation.

But all this does is further emphasise the point that players need help. There’s perhaps an argument to ask what good a players union would have been able to do in situations like these. Now of course, they can’t stop players taking drugs and they can’t control what they do away from the club on a day-to-day basis, but a good, fully-functioning union can help to educate the players on the risks they are taking when they deal with drugs.

Similarly, the sport as a whole has to ensure it looks after Hardaker and any other player who falls foul of the same issues he is now dealing with. We do a great job of being preventative in rugby league – but when someone does break the rules, it’s important we stick with them and give them the support they need.

This need not be the end for Hardaker. He has the talent and the ability to become a success in rugby league when he returns from his suspension. But he needs help to ensure things don’t get even worse while he’s sat on the sidelines contemplating his latest mistake.