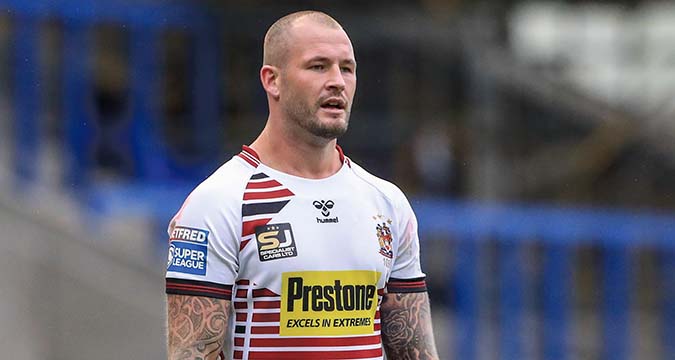 Wigan will take two weeks to recover from the “horror car crash” of their collapse against Catalans, according to coach Adrian Lam.

The Warriors crumbled to a 48-0 defeat, their first in Super League this season, in the heat of Perpignan – and a hot-headed incident just before the end involving fullback Zak Hardaker could inflict more pain upon Lam’s side.

Hardaker was sent off after appearing to headbutt his England rival Sam Tomkins in a 78th-minute tackle. Tomkins’ brother Joel received a yellow card for retaliating to the incident with a flurry of punches.

A “shellshocked” Lam is concerned that a potential suspension for Hardaker would have a major impact on his already-depleted squad.

“It’s a nightmare. It’s not good for us, with a minute to go it’s quite a disappointing action,” he said.

“I need to have a look more closely but being red-carded for that is just unacceptable.

“We’re short as it is, so it was an act that was the most disappointing part of the game.

“We had a lot of players out of position and limping into the game and we obviously need as many of the boys on board as possible.”

Wigan had no answer to the free scoring French side and Lam is hoping the Challenge Cup break will provide some answers to his team’s crushing defeat.

Lam added: “I thought Catalans were very good, they completed high and stuck to the game plan but we were really poor, we embarrassed ourselves, we embarrassed the club.

“We haven’t been great over the last couple of weeks so I guess to some degree a loss was coming, but not to that extent.”

Wigan’s international centre Oliver Gildart will join Wests Tigers on a two-year deal at the end of the season, it has been confirmed.