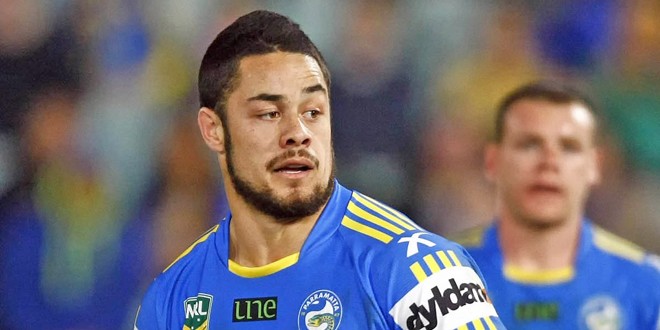 Parramatta full-back Jarryd Hayne is facing a $10,000 fine after describing the refereeing in today’s loss to Manly Sea Eagles as ‘disgraceful’ on a radio show.

The Australian, 26, was being interviewed minutes after the Eels’ 22-18 defeat, which featured a late try and a penalty count heavily in Manly’s favour.

Hayne said: “I just want to try and hold my tongue. Disgraceful, that is it. And if I get in trouble for saying that, it’s a joke. We worked our ar*e off there today and were the better team and to get the decisions to go the way they did, it’s not fair. Every little thing was jumped on. We threw everything at them and it’s devastating the way we lost.”

Questioning the integrity of NRL match officials carries a $10,000 fine.

Eels boss Brad Arthur said: “It is heart-breaking for the players and the fans but at the end of the day we have to pick ourselves up and have a look at why it happened and what we can do to get better and make sure it doesn’t happen again. We tried hard but we need to be better if we want to win games of footy.”

Manly coach Geoff Toovey added: “It was pleasing to win but I thought the football gods were on our side today. A few things did go our way but you need the skills to perform those things and we were in the match up to our eyeballs. We need to do better but fortunately for us we had a bit of football luck with that last try.”