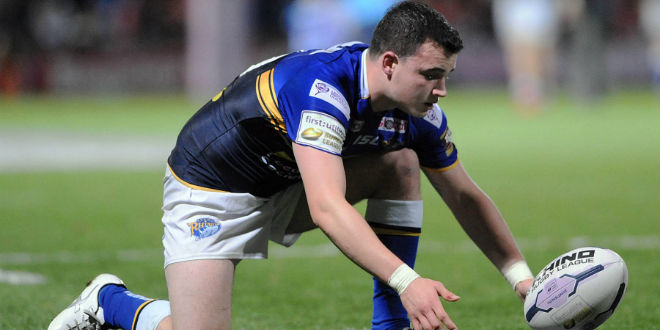 Leeds Rhinos chief executive Gary Hetherington believes that the emergence of several talented youngsters at the Rhinos this year has been one of the big positives to come out of their difficult start to the season.

The Rhinos’ victory against Hull FC last weekend was just their third of the season, but with such a huge injury crisis at the club, names like Ash Handley, Ashton Golding and Jordan Lilley have found themselves in the Rhinos team on a frequent basis.

And Hetherington told TotalRL.com that he sees that as a major plus point for the club.

“We’ve seen some very good youngsters come in and show themselves to be of Super League standard, and it’s one of the positives to come out of all this,” he said.

Hetherington also said there a “hell of a lot of rugby” left in this season, and says he’s hopeful the Rhinos’ poor form is a thing of the past after that win at Headingley last weekend.

“I think every team will have good and bad spells this year – we’ve seen some have phenomenal spells. Hopefully our tough spell has been and gone, and with it being so competitive that’s to be expected that there’s such congestion in the table.

“You’ll never get a full-strength team in a competition like this but our first target is to get in the top eight and qualify for the Super 8s.

“We’ve got our entry into the Challenge Cup coming up as well and there’s a determination from the group to make it three in a row. There’s a hell of a lot of rugby to be played yet.”

Make sure you check out Monday’s League Express for an extended interview with Hetherington – where we discuss a myriad of issues surrounding the Rhinos – including an update on their training facility, which was flooded last year.