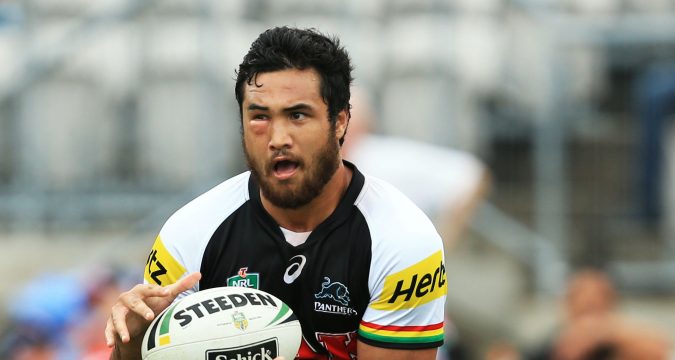 Warrington Wolves signing Peta Hiku said he is excited by the prospects at Warrington, and insisted the pressure of the business end of the season will not be a distraction.

Hiku arrived from Penrith Panthers last week and made his debut in the club’s defeat to Wakefield on Saturday after he was drafted into the side during a crucial time in the season for Tony Smith’s men with the mid-season split looming.

But the New Zealand international said that will play no part in his ambition with the club, despite not being familiar with the prospect of relegation after playing in the NRL.

“That’s probably the biggest difference with promotion and relegation and I haven’t thought about the pressure too much, I just wanted to get back playing footy,” he told League Express.

“These next few games will be must-win, but any game is important and even if I was here at the start of the season it wouldn’t have changed how much I would have wanted a win.”

The utility-back added much-needed depth to a side that has had their noted injury problems this year, and Hiku said he will not be looking to tie down a single position in the squad.

“They’ve had a couple of injuries so I’m more than happy to just play wherever the coach wants me to play this year and then hopefully next year when we get stronger I can have the discussion about where I want to play,” he added.

The 24-year-old is already familiar with Rugby League in the Northern Hemisphere, having played stand-off in all three of New Zealand’s games against England in the 2015 Baskerville Shield defeat, and the warm-up game with Leeds Rhinos.

After falling out of favour at Penrith, and thus the New Zealand Test side, Hiku hopes his move can be a catalyst for a return to international selection.

“It would be good to get back in the New Zealand team down the line and playing some good footy will help,” he said.

“It would be good to go back and play for New Zealand in the future and hopefully it goes that way.”