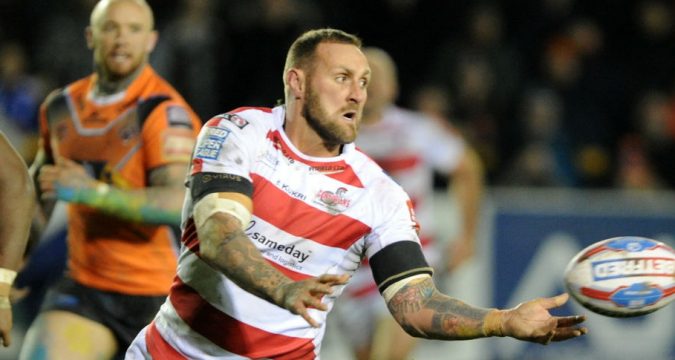 The former Great Britain prop has departed the Championship club after expressing his desire to end his career in Super League.

Hock, 34, has spent the last three seasons with the Centurion and had previous spells with Wigan and Salford.

“I have become good friends with Gaz during his time at my club and it has been a pleasure to have him play in our colours,” said club owner Derek Beaumont.

“He has achieved so much in the game and I am grateful for his efforts, joining us in the Championship, sticking with it and eventually seeing us make it into Super League.

“He started the campaign in fantastic form until picking up an injury and ultimately that played its part in the way our season ended. Gaz deserves to end his time playing in the Super League after the career he has had and I wish him well in that campaign, as he still has a lot to offer in his no nonsense game.”

Hock added: “The fans have been really good to me and mean a lot to me. I will always remember my time at Leigh and I thank them for making me so welcome.”