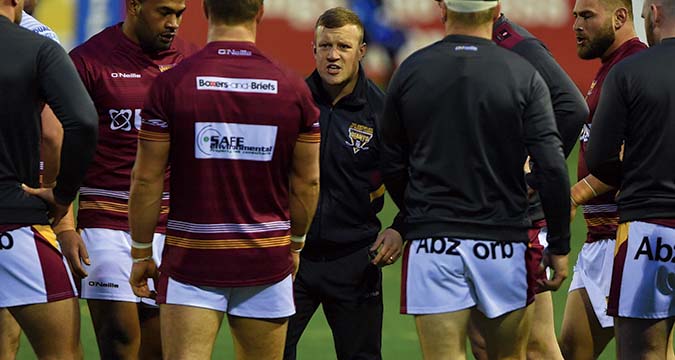 Huddersfield’s caretaker coach Luke Robinson says the club could potentially bring some players in before this week’s transfer deadline.

Robinson confirmed hooker Adam O’Brien is likely to miss the rest of the season with a neck injury while fellow pivot Reiss Butterworth is struggling with illness.

That has left the Giants light and Robinson confirmed the club was working on some business, though they may be beaten by the deadline.

“We’re a little thin in certain positions which we’ve spoken about from my position and as a club,” he said.

“It makes it extremely difficult, especially in these times and money not being flush throughout the game.

“But we’ve got a few things going on where hopefully we can bolster our squad and we’re obviously doing the best to try and secure a couple of those. Whether they come to fruition or not we’re yet to see but we’d probably like to have a bit of cover in a few of those positions.”