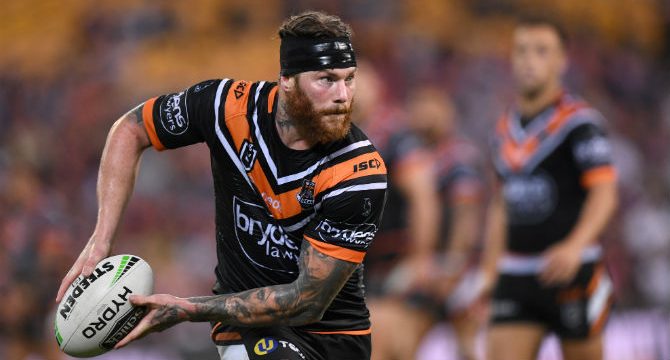 The forward has joined the Giants on a short-term deal that will see him join Simon Woolford’s squad for the remainder of the 2020 season.

McQueen, 33, was with NRL side Wests Tigers but was off-contract at the end of the season and granted a release to join the club immediately.

As a result, the Giants have acted quickly to offer McQueen an opportunity to play and a chance to put himself in the shop window for the 2021 season.

The deal is only until the end of the year and there are no guarantees McQueen will remain with the Giants beyond that time.

But his arrival will come as a boost to the Giants, who are already low on bodies in the pack. Ukuma Ta’ai is out for the season with an ankle injury, while Joe Wardle and Aaron Murphy remain on the sidelines through injury.

Youngster Jon-Luke Kirby is also out for the season with a knee injury. And with fellow backrower Chester Butler still recovering from a pelvic injury, the Giants were down to the bare bones for their game with Hull FC on Sunday.

McQueen will add not only a body but considerable experience, having played at the top of the game.

An NRL champion with South Sydney in 2013, McQueen played in two State of Origin series for Queensland in 2013 & 2014 before playing one game for England in 2017, a mid-season Test against Samoa. McQueen is eligible for England through his father.