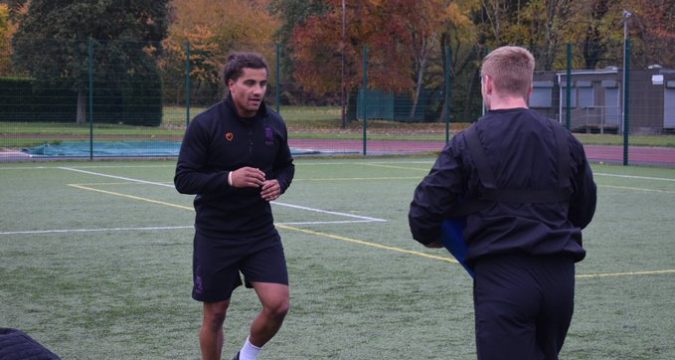 Huddersfield have been dealt a major blow on the eve of the season after learning that new fullback Ashton Golding faces several months on the sidelines.

Now, their fears have been realised with the Jamaica international facing months rather than weeks on the sidelines.

“At this stage he’s out for an extended period,” head coach Simon Woolford confirmed.

“It’s disappointing for all of us and in particular for Ash. We have full confidence in Darnell (McIntosh) getting the job done in his absence.”

McIntosh spent large parts of last season at fullback but struggled for form during some stages. However, he will now be tasked with filling the void left by Golding for the opening rounds of the campaign.

It comes as a cruel blow to Golding, who didn’t make a single Super League appearance in his final year at Leeds, instead impressing for Featherstone in the Championship.

He was set to return to the top flight this term but will now have to watch from the sidelines.