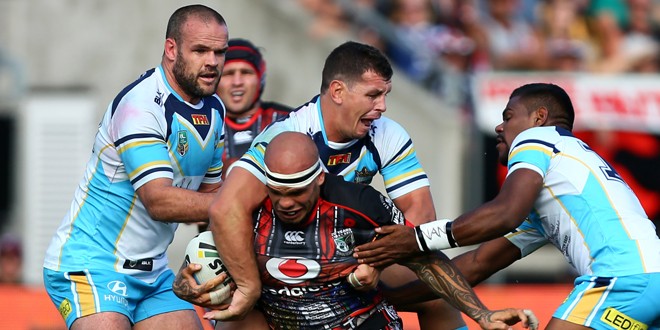 Huddersfield Giants have been handed a boost after it was revealed new signings Ryan Hinchcliffe and Sam Rapira are expected to land in the country later this week.

Giants coach Paul Anderson revealed that both of their big-name NRL imports should be here by the weekend, and admits it will freshen the camp up as pre-season begins to get underway.

“It’s always good to freshen things up a bit with the arrival of new signings, particularly when they’re of the quality of Ryan and Sam,” said Anderson.

“All being well, that’ll be on Friday.

“They’re both travelling over here (although independently) as we speak, and we’re all looking forward to welcoming them to the Giants.

“They are players with an incredible amount of experience who have come from quality NRL environments, and we know they’ll enhance what we’ve already got.

“Sam does have some issues with his body, but we’re confident we can fix that up and get him out on the field, where we know he’ll bring so much to this team.

“And Ryan’s just an ultimate competitor who’ll bring a different edge to us, not just on the field but around the place in general.”