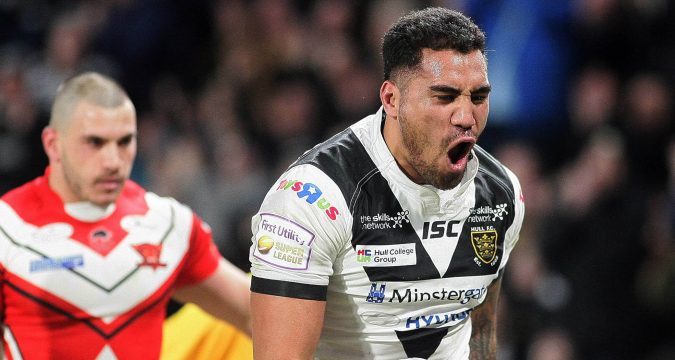 Hull FC moved two points clear at the top of Super League with a 38-0 victory at Widnes.

A Fetuli Talanoa hat-trick on his return helped secure victory for Lee Radford’s side against a Widnes side depleted by injury.

The defensive frailties shown against Castleford were nowhere to be seen by the Challenge Cup finalists, ending the game without a blemish on their defensive record.

Hull raced into a 22-0 lead by half-time, with Jordan Abdull, Talanoa (2) and Mahe Fonua all scoring.

Further tries through Steve Michaels and Dean Hadley followed before Talanoa scored a hat-trick with 10 minutes to go.

For an extensive match report, make sure to get your copy of Monday’s League Express, which will include reaction and analysis from both clubs.