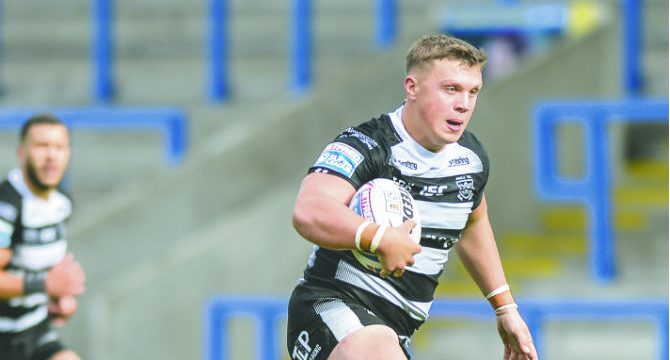 Hull FC’s top-four aspirations just about remain alive after a 26-23 win over Wakefield.

Lane put the Black and Whites ahead after a jinking run from Connor Wynne before Adam Swift grabbed his 100th professional try to give Hull a 10-0 lead.

But Wakefield hit back with two Max Jowitt tries in back-to-back sets to nudge them two points ahead, only for Swift to regain the lead for Hull with his second of the night.

A Ryan Hampshire drop goal made it a one-point game at 14-13 going into half-time, but two tries in eight minutes from Savelio and Lane put Last’s men 13 points ahead.

Kelepi Tanginoa’s solo effort gave Wakefield hope and when Wynne was sin-binned with five minutes to go, Tanginoa scored again to bring the deficit back to three, but Wakefield couldn’t find a way to win the game, with Trinity now winning just five of their last 24 Super League games.