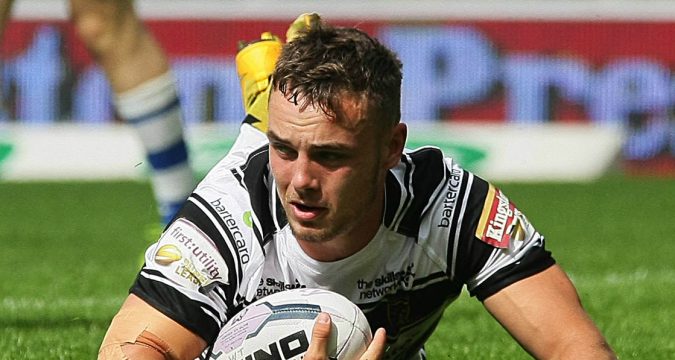 This article originally appeared in League Express. Read stories like this first every week by purchasing the paper in stores or online at totalrl.com/shop

Hull FC coach Lee Radford has revealed that young centre Jack Logan is set to miss the start of the new season as his recovery from injury continues.

Logan was a prominent part of Radford’s side in the opening five rounds of last season, before losing his place thanks to the form of Kirk Yeaman.

Logan then suffered a serious knee injury midway through the year, and Radford has admitted that his recovery from that setback is unlikely to be completed in time for the 2017 campaign kick-off.

“Jack is looking like he’s going to miss the start,” Radford admitted.

“He’s well on with his rehab at the moment and he’s been involved with some light stuff – but it’s the first time he’s been out on the field in a long while.

“He’s with the physio looking to get healthy, but we’re taking our time with him.”

Radford also laughed off suggestions that the club’s signing of halfback Albert Kelly is a risk.

Kelly has signed a one-year deal after having joined from cross-city rivals Hull KR, and Radford insists he has been great to work with thus far.

“He’s not been a bit of bother since he came through the door,” Radford said.

“He’s come here for the right reasons and he’s got the grit between his teeth. He’ll be sick of people saying he’s this and that, but every club he’s joined, he’s killed it in the first 12 months.”

Radford also revealed that the decision was made to let forward Frank Pritchard return to the NRL because he couldn’t guarantee him a starting berth.

Pritchard found opportunities in the starting 13 hard to come by after joining from Canterbury last season, and Hull finally confirmed last week that he has returned home.

“We found out about Albert being available when Frank went home, and as soon as that happened, we had some tough decisions to make,” Radford said.

“Frank needs to be starting games every week and I couldn’t guarantee he would. He ended up doing time in the middle and not in his preferred position, mostly because Mark Minichiello was outstanding for us last year.

“We wish Frank all the best in the NRL with Parramatta, but I just couldn’t guarantee him a starting berth. The quality just dipped so much when Mark came off last year, and I ended up having to throw him back out there, which limited Frank’s chances where he wanted to play.”