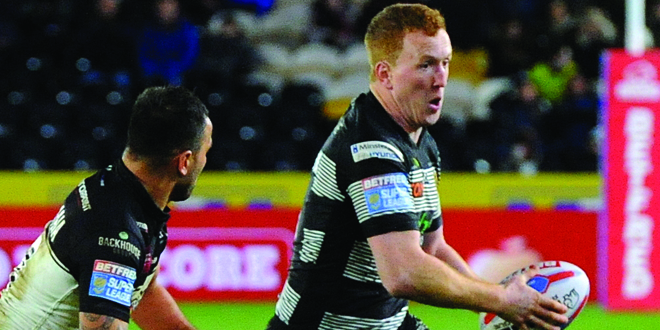 Hull FC are chasing the signatures of Jordan Thompson and Matty Dawson-Jones.

The Black and Whites are looking to bolster their ranks for the 2019 campaign and look set to secure deals for the pair, who both started the season at Leigh.

Thompson, who only left Hull at the end of last year, ultimately ended the campaign with Leeds after signing a short-term deal with the Rhinos, but he is not expected to stay in West Yorkshire next year.

Instead, he could secure a return to his former club, where he spent four seasons before making the move to the Centurions for the 2018 season.

The 27-year-old, who started his career with Castleford, made over 100 appearances for the Black and Whites.

And he could be set to add to that tally next year, with a second stint at the club currently being discussed by both parties.

Should he return to the KCOM Stadium, he could reunite with former Leigh team-mate Dawson-Jones, who is highly likely to be at the club next season.

Dawson-Jones, a winger, has previously played in Super League for Huddersfield and St Helens and is keen to return to the top-flight next year.

He has remained at the Centurions throughout the season and scored in their Championship Shield defeat to Featherstone Rovers on Sunday. But he confirmed on social media after that game that he would be leaving the club and was pursuing a deal elsewhere.

Hull owner Adam Pearson promised changes after the club’s disappointing end to the season, and he looks set to keep to his word with their arrivals.