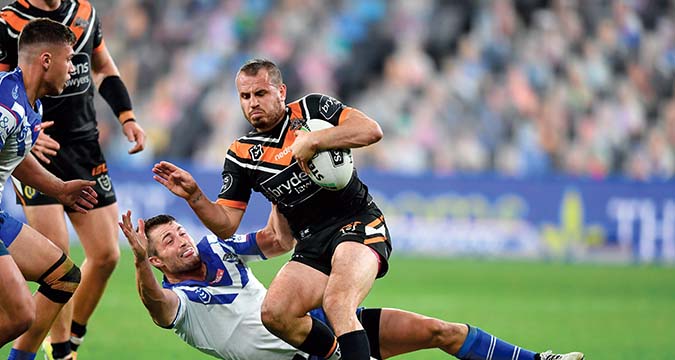 Hull FC have confirmed their squad numbers for the 2021 Betfred Super League campaign.

Former State of Origin half-back Josh Reynolds (pictured), who joins the Black & Whites on a two-year deal ahead of the new season, takes the number 6 jersey.

The shirt was previously worn by Jake Connor, who will move to the number 1 shirt in 2021 in the absence of injured full back Jamie Shaul who is ruled out for most of the season with a knee injury.

It is hoped the Challenge Cup winning full-back will be able to play his part in the latter stages of the year and in turn he has personally requested the number 29 shirt, the number he wore as a junior in his breakthrough season at the club back in 2013.

Fellow cup winner Mahe Fonua will wear the number 5 shirt for the new campaign, whilst Andre Savelio is rewarded for a strong end to 2020 with squad number 11.

Rising stars Jordan Johnstone (14), Jordan Lane (16) and Ben McNamara (19) are all handed lower numbers in recognition of their good progress.

The latest addition to the squad is England Academy international Jude Ferreira who is handed the number 26 shirt and is the only player in the squad who has not yet played Super League.

In addition, eight promising Hull FC Academy prospects are training with the first-team squad in pre-season and they will be handed a squad number if they earn a full-time contract in the senior squad.

As ever, the number 18 jersey remains retired in recognition of the role the club’s supporters play in being the team’s 18th man.

Speaking about the 2021 squad numbers, Hull FC head coach, Brett Hodgson, said: “The numbers are indicative as to where we feel the players are in terms of earning their spot in the squad, but everyone in the squad is more than in contention to be in the team come Round One.

“We’ll be asking everyone in the squad to feature at some stage this season, including the younger lads.

“Ben McNamara has moved up the squad numbers and is a great kid and really leaning every day as he goes along and I’m really happy with his progression.

“Then you have someone like Jordan Lane who has also moved up and is pushing both Manu Ma’u and Andre Savelio very hard.

Reflecting on the change of number for injured Jamie Shaul, Hodgson also added:

“Jamie was involved in that decision process and having accepted he will not be available for at least the first half of the season, he has put the team first and relinquished the number one shirt.

“He was keen to return to the number he wore in his debut season which I think is a really nice touch.

“Jamie has been excellent from day one and is really focused on his recovery, he is determined to do everything he can to be able to play some part this season and his return would be a welcome boost for everyone.”