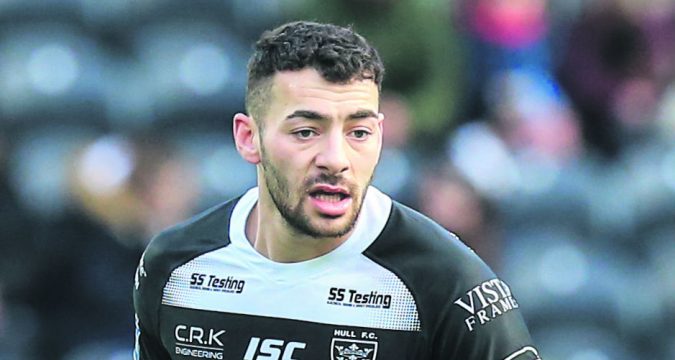 Hull FC have moved within eighty minutes of a Super League Grand Final at their own home, KCOM Stadium, with an astounding victory over Warrington.

Warrington have now bowed out of the play-offs in the opening round for the second consecutive year.

A frantic quarter culminated in the opener; Bureta Faraimo darted in-field around Josh Charnley to secure his fifth in four games.

Warrington responded with two tries in four minutes to take the lead, albeit by two points. A stacked left-hand side performed a sequence of short passes to allow Matty Ashton just enough time to finish out wide, while Anthony Gelling pirouetted his way over after he climbed above all to collect Gareth Widdop’s kick.

The lead, which is priceless in play-off fixtures, was re-acquired by Hull as Jake Connor’s loose grubber was collected by Joe Cator under the posts. Marc Sneyd slotted a one-pointer in the final minute of a chaotic first stanza to give his side an 8-13 lead at the interval.

Within two minutes of the restart, Hull extended their lead through Connor, who ran flat across the line and provided a short ball to Tevita Satae.

Blake Austin’s bullet pass presented Ashton with his second; Stefan Ratchford converted to take his side five points behind.

Following an infringement from Warrington co-captain Chris Hill, Sneyd booted over a penalty goal to gain a two-score lead.

Warrington adapted an audacious play in their own in-goal but had their pockets picked by Connor, who was rewarded for him two previous assists with a match-winning four-pointer.

A full match report from this fixture, along with Catalans v Leeds, will be available in Monday’s League Express.