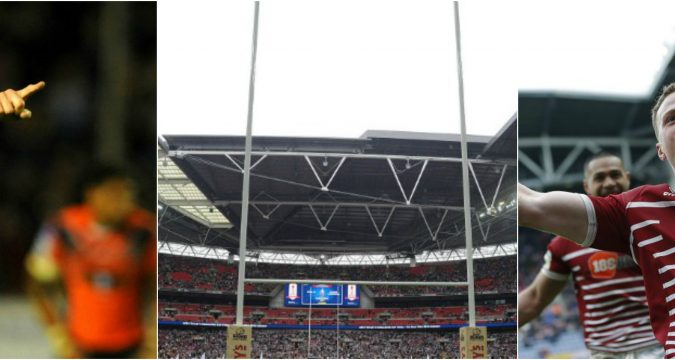 Hull FC 62-0 Catalans: Steve Michaels ran in a hat-trick as reigning holders Hull kicked off their defence of the Challenge Cup with a convincing victory against Catalans Dragons. Hull led 28-0 at half-time thanks to six first-half tries and would not ease up, running in a further 34 points after the break to cruise into the quarter-finals.

Swinton 12-42 Wigan: Joe Burgess scored two tries as the Warriors beat Championship club Swinton to reach the Challenge Cup quarter-finals. Wigan led 18-0 at the break against the side who had caused the upset of the previous round, when they beat Huddersfield. And from there, they never looked in trouble.

Hull 32-24 Castleford: In the tie of the round, reigning holders Hull beat Super League leaders Castleford to advance to another Challenge Cup semi-final. Fetuli Talanoa and Jamie Shaul were among the FC try-scorers as they ended the Tigers’ hopes of a treble to set up a last four tie against Leeds at Doncaster.

Warrington 26-27 Wigan: Sam Tomkins kicked a last-gasp drop-goal to boot Wigan into the Challenge Cup semi-finals once again. There were late chances for Warrington, though; with the score in Wigan’s favour at the death, Stefan Ratchford missed a penalty from the halfway line to win it, before Declan Patton put a drop-goal attempt wide from closer.

Hull FC 43-24 Leeds: Hull ran in seven tries to ease past Yorkshire rivals Leeds and into the Challenge Cup Final for the second successive season. The Black and Whites were in imperious form as they sealed a return to Wembley, with Carlos Tuimavave crossing twice.

Wigan 27-14 Salford: Wigan eventually quelled an admirable effort from Salford to book a return to Wembley for the first time in four seasons. Salford actually led 14-12 at the break but they would not score again after half-time, with two tries from Oliver Gildart helping Wigan through to the final.