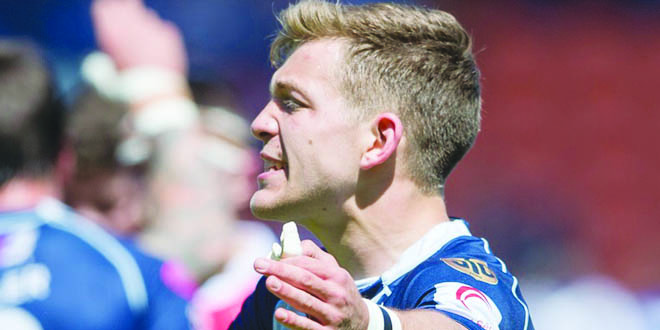 The 24-year-old had already agreed to join the Robins in 2018, but the Championship league leaders have agreed a fee with the financially-troubled Lions to snap him up ahead of their Qualifiers campaign.

The Rovers head coach Tim Sheens said: “We’ve taken the opportunity to bring Chris in early to strengthen our options in the halves and we’re looking forward to having him on board. He can also play at fullback and he’s a player that I think will grow with us in our systems.

“When and where we use him is yet to be determined by a number of factors, but as a playmaker he obviously needs a bit of time to get used to all the calls. He needs to understand our terminology and timings, so it’s not as easy as throwing a front rower in there for example. He needs to feel comfortable with his role in the side and in bossing around some of the senior players, or telling the likes of Shaun or Jamie he wants the ball.

“We’ve also got to see where he’s at in terms of fitness levels and various other things, which starts from tomorrow. It’s a bonus to get Chris in this week so we’ll take a look at him and see whether he comes into contention to play against Halifax, but we’ve got three weeks until the first game of the Qualifiers so that should give him enough time to settle in.”