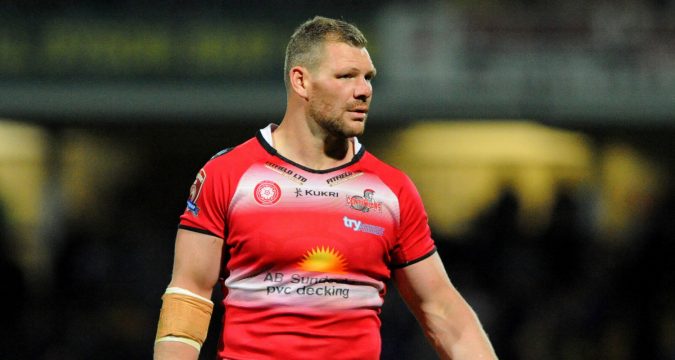 The duo have joined the club on the eve of the season, with the Rovers’ return to Super League starting against Wakefield this evening.

The 28-year-old’s move is subject to paperwork, which the Robins hope to be completed in the next couple of weeks.

Meanwhile, Tickle was without a club after leaving Leigh following their relegation.

Tickle, who turns 35 this year, has spent almost the entirety of his career in Super League following spells at Halifax, Wigan, Hull FC, Widnes, Castleford and the Centurions.

Used predominantly at prop last year, the former England representative has made over 400 career appearances.

Hull KR’s Head of Rugby Jamie Peacock said: “Junior is going to be a really strong acquisition for us. He mainly plays centre or wing but he’s got a bit of versatility as well and Brian McDermott said he was very good with the USA. I spoke to Sam Burgess about him during the World Cup as well and he was also singing his praises. He’s a good player and we’ve done well to add him to our squad.

“As for Danny, all the times I’ve played against him or trained with him as part of an England camp, I’ve thought him to be a very good player. He’s still got a lot to offer Hull KR with his experience, his rugby knowledge and also his goal-kicking, which could all prove to be invaluable.

“Danny’s more of a middle forward these days but he’s played a lot on the edge. He’s another who’s got plenty of experience and we need that. He’s done the battles in Super League and he was one of Leigh’s best players every week last year, so I’m delighted we’re bringing him in.

“Both players will really add to our squad. They’re both talented players in their own rights and they add to our depth, which is going to be a really key facet for us this season.”