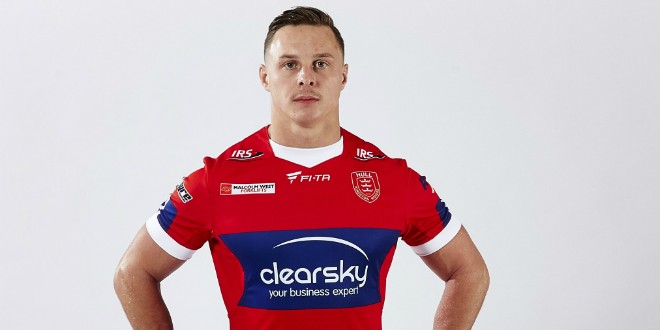 Hull Kingston Rovers and Halifax RLFC have announced an exciting new partnership between the two clubs for the 2015 season.

In what is the first arrangement of its kind for the Championship side, Halifax are set to benefit from a dual-registration agreement with the Robins next year that will allow them to select Super League standard players as part of their squad.

As well as giving developing players valuable game time at a club with Super League ambitions and infrastructures, the Robins will also link-up with Halifax off the field with a view to sharing best practice across various departments such as media and marketing, with regular discussions taking place at board level and between the coaching departments of the two clubs.

Hull KR chief executive Mike Smith said: “This is a fantastic opportunity for Hull Kingston Rovers and Halifax RLFC to work closely together to the advantage of both clubs.

“Although we will still retain our links with Gateshead in Championship One, this partnership is a chance to offer several of our more seasoned young players a tougher test at a higher level.

“There is a fantastic set up at Halifax and in Richard Marshall they have a talented young coach who has proven his abilities in the recent England Academy series. We have no doubt they will provide a terrific environment for our young players to continue their development.

“Off the field, we will work closely to identify young talent and share best practice at all levels. We have become an established Super League club over the past seven years and this is ultimately Halifax’s ambition as well, so hopefully we can play our part in that.”

With Hull KR continuing to work closely with Gateshead alongside this partnership with Halifax RLFC, it is now the intention of the three clubs to have an opportunity to dual register and loan players for the benefit of all parties, with the possibility of all three sides training together where schedules allow.

The receiving club will always retain the option of whether or not to play any dual registered player, whilst off the field there will be a joint scouting and talent identification network between schools and amateur clubs in each location with young players given an opportunity to gain a contract at their relevant level.

Having confirmed his retirement from the sport, former Rovers first team player Jason Netherton will take on a role of Partnership Liaison Officer as part of this link-up with one of his responsibilities being to increase participation in rugby league in Hull, Halifax and the North East.

Halifax RLFC chairman Michael Steele said: “In the ‘new era’ of Rugby League, we are delighted to have the benefit of a partnership with Hull KR and Gateshead Thunder.

“The co-operation between the clubs will be comprehensive and we all expect to progress operationally.

“The agreement provides a pathway for the development of players from each of the clubs, through dual registration, ensuring that on-field performance is as good as it can be.”