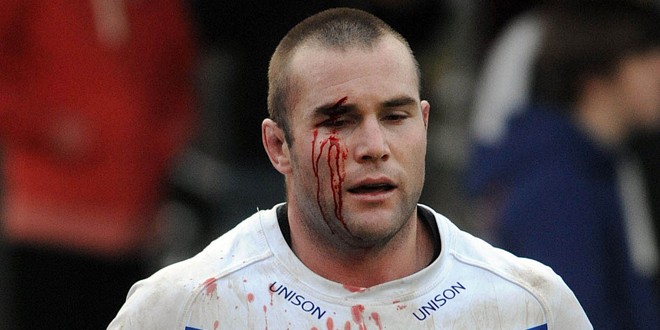 Hull Kingston Rovers chairman Neil Hudgell has released a statement suggesting that the Rugby Football League’s (RFL) match review panel is not fit for purpose after being on the end of inconsistent rulings.

The match review panel is responsible for charging players who are deemed to have broken the rules when the on-field punishment is deemed insufficient. Here is Hudgell’s statement, in full: “It is time the match review panel stood aside as they are not fit for purpose. This week whilst Justin Poore was cited and suspended for three weeks for a dangerous throw, three Widnes players received cautions for a dangerous throw on Richard Whiting. I invite anyone to review footage of both, and point out the difference.

“I believe the throw on Richard Whiting is far worse, yet when being questioned, the review panel explanation was that as they couldn’t spot the culprit, all escaped with a caution. On Twitter last night, even the referees considered it was an incident possibly worthy of a red card.

“In a week when a player in Australia suffered a serious neck injury, this reasoning is without logic, damaging and irresponsible. It brings the game into disrepute and challenges the whole integrity of the competition. It is infuriating and demoralising to us as a club to be on the receiving end of a flurry of these decisions. We have tried to deal with them in an appropriate manner, behind closed doors, but the same mistakes continue to be made.

“It is six weeks into the season and we have already been on the wrong end of three inconsistent decisions. I do not have an issue with my players being cited for infringements if we are dealt with consistently. But that has not happened, as acknowledged by the RFL as recently as two weeks ago.

“Justin Poore was cited for Grade B punching at Huddersfield, whilst a Giants’ player was not cited, even though the panel later acknowledged they had missed this player throwing three punches. Another Giants’ player was cited for a Grade A single punch and escaped suspension, but when it was pointed out to the panel multiple punches had been thrown they admitted to also having missed that.

“In the same week a Catalans player ran after an opponent at Castleford to throw a punch and escaped with a sin bin. Kris Welham was cited for a head butt in round 3, whilst a head butt by a Salford player the same week was overlooked. When later pointed out to the panel, it was acknowledged as worse and that when contact was pointed out to them on video that it was “missed”.

“A leading international player this week avoided censure for repeated punching in the tackle, shown live on Sky Sports. Only a change in personnel, I believe, is capable of effecting the right change, and I call on the executive of the RFL to do that before a player suffers serious injury as a result of their inaction. I fully expect the governing body to accuse me of bleating, and my simple answer to that is to ask them to review the incidents identified above and provide a clear explanation for their actions. Instead of attacking the symptoms they need tackle the cause, which sadly is lack of knowledge, understanding and core competence.

“We certainly as a club aren’t alone in expressing these frustrations, and I share fans’ disillusionment which is becoming an increasingly regular feature on social media. Sadly those views systematically fail to register highly enough in our game, as they were ignored when the whole restructure of the game was under review. The same can be said of the players as a group.

“I also share the views of Adam Pearson on aspects of the disciplinary panel process. There are too many members sitting with vested interests, lack of knowledge, and an arrogant, high handed ‘holier than thou’ attitude. I am fed up of walking into the panel hearings and leaving with a sense of having sat talking to the wall, or being looked down on with the outcome stitched up long beforehand. We will certainly be making a formal complaint about the conduct of the panel chairman last night who disbarred an executive of this club when making submissions in respect of this case that he simply didn’t like.

“There are too many people with too little knowledge of the technical aspects of our game making decisions they are clueless about, ruining the spectacle of our game, bringing it into disrepute and driving people away from it.”