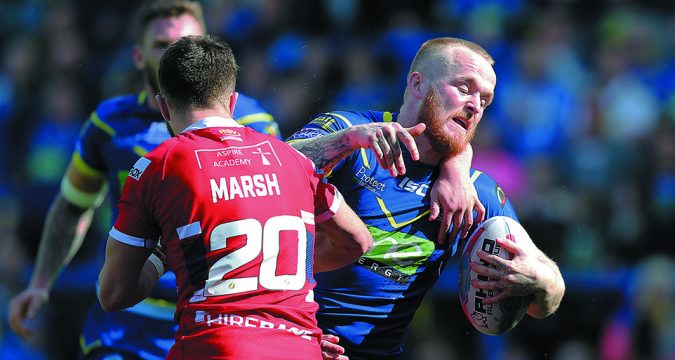 League Express revealed several weeks ago that the 27-year-old was increasingly likely to leave current club Warrington at the end of this season – and that Salford had begun talks with the forward over a move to the AJ Bell Stadium next year.

However, with no deal yet signed off, that has alerted the Robins to the situation – and they are understood to have made contact with Crosby and his representatives about a move to Humberside next year.

Crosby’s preference, League Express understands, is to remain in the north west, where he has spent his entire career and is based with his family.

However, that has not stopped the Robins in making their interest in Crosby clear.

The Robins are already understood to have concluded a deal to sign Leeds utility Jimmy Keinhorst in 2019, as revealed by League Express earlier this year.

And Salford prop Ryan Lannon is headed to KCOM Craven Park next year too, with the Robins finalising a deal to sign him.

But it appears Tim Sheens is keen on strengthening his pack further with the potential acquisition of Crosby.