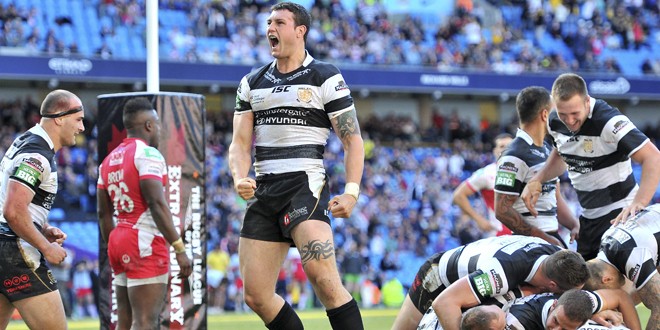 Hull KR star Travis Burns insists the squad are out to put right last year’s heartbreaking Magic Weekend defeat to Hull FC – even if it did reinvigorate their season.

Chris Green’s incredibly late – and incredibly controversial – try settled matters at the Etihad Stadium last year, but the Robins bounced back to go on a fantastic run of five consecutive wins after that match.

Although Burns admits it still hurts to see replays of that defeat, he admits it was the turning point of 2013 for the Robins. However, he has not forgotten the defeat by any stretch of the imagination, and is looking for revenge this weekend.

“It still gets thrown around a bit,” the Hull KR half-back said. “Everyone saw the call and it’s a game we should have won.

“But that’s football. Sometimes you get the decision and sometimes you don’t, but when you look at it that was probably the turning point of our season.

“We went on to win five straight games after that. It really kicked us on as we were so hard done by and we found form. But we want to right the wrongs of last year too.”