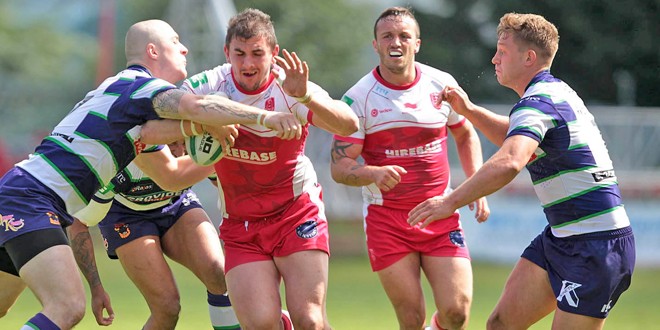 Hull KR are getting closer and closer to Super League’s elite off the field – that’s the view of their head of youth Pete Grayburn, who believes the systems are improving at the club to see them reach the top of the tree in Super League.

Grayburn openly admits that Hull KR have “barely” had a proper academy system for the past seven years, but says that with everyone now buying into what the club are trying to achieve, it is only a matter of time before the Robins catch up with the likes of Wigan and St Helens.

“Wigan, Saints and Leeds are the benchmark in academy football on and off the field, and that’s where you want to be at,” he told the Hull Daily Mail.

“It’s about competing with the Wigans and Saints, who we beat for the first time ever last year, which was testament to the lads.

“We’re striving to be as good as them off the field and I believe that we’re not too far from that. With the RFL audit that we scored better in this year, next year we want to do exactly the same and kick on away from the field as well as on it.

“We all buy into this, right from the Chairman at the top to the tea lady. We keep putting systems in place off the field to better the lads on the field. If we get the things off the field right, the things on it will come naturally.

“Wigan and Saints have had an academy system for 20 years – Hull KR have barely had one properly for seven years.”