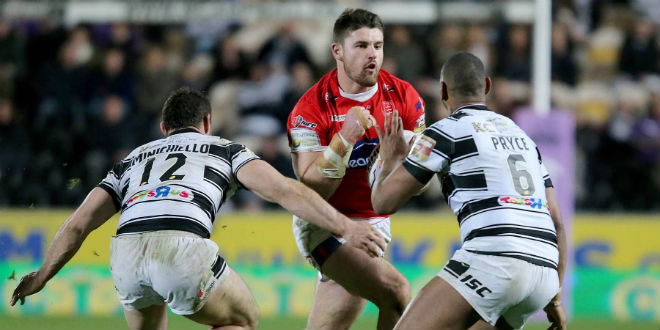 Hull KR coach Chris Chester has revealed that forward Mitch Allgood will put off thumb surgery to put his hand up and play for the team during their injury crisis.

Allgood suffered the injury during KR’s defeat to Warrington, with scans confirming Chester’s fears post-game that the Australian import has indeed broken his thumb.

However, Chester revealed to the Yorkshire Post that he will be able to play on with an injection, and said he’s delighted that Allgood will play through the pain during a time when they are seriously low on numbers.

“He broke the top end of his thumb but he’s going to be fine to play with injections and getting it strapped in the right way,” he said.

“It’s one of those injuries that will need an operation at the end of the season. He wants to play. He’s had a tough 12 months with injuries but the operation was a definite no-go for him.

“He’s putting his hand up for the team when we are short of numbers.”