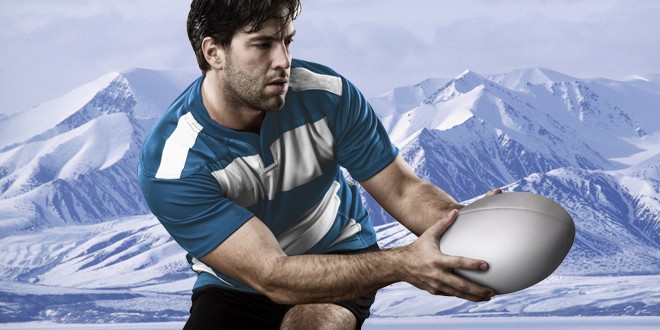 The club doctor of South Wales Scorpions has spoken out over the 72nd-minute abandonment of Sunday’s Championship One game against Oldham at Maesteg due to seriously low temperatures.

Dr Richard Johnson said: “I have been involved in Rugby League in South Wales for eight years and have never witnessed conditions like last Sunday. At half time a couple of players were struggling but we managed to sort them out.

“During the second half I kept in touch with the match commissioner and the referee in regards the situation with a view to stopping the game early if the situation deteriorated. Midway through, I spoke to the Oldham coach to advise him about one of his players. Very soon afterwards he came off followed by one of our own. They required hot showers, warm drinks and space blankets. By the time the game was prematurely ended, about six players on total had varying grades of hypothermia, but with appropriate treatment all fully recovered.”

Scorpions captain Phil Carleton agreed that abandoning the game was the right decision. He said: “I’m not sure how to put it in to words. I thought the RFL had got rid of winter Rugby League!

“We said all week we wanted to make Maesteg hell for away teams to come to but that was extreme. Playing into the wind and rain for 40 minutes didn’t seem that challenging at first but as the doc mentioned, at half time I haven’t ever seen a changing room like it before and hope I never do again.

“The boys, myself included were shaking desperately trying to get dry and warm in order to refocus and push on in the second half. We still felt we had points to prove and a job to do. It was testament to both sides that despite the conditions the physicality and commitment of the game continued for another 30 minutes.

“All involved I think wanted to finish the game, but as players left the pitch with their health in question, the referee made the only call he could which was to abandon the game.

“We are disappointed we didn’t secure a bonus point in the end but it will make us more determined to get points off them in the return game and of course to get off the mark at Gloucester this Sunday.”

Wales Rugby League’s chief operating officer, Chris Thair, said: “We support the decision of the RFL that the result of the game should stand and thank them for the quick confirmation.

“The majority of the game had passed, the players safety was paramount and the management from both clubs were happy after the game with the decision. Thankfully there are always qualified doctors present at professional games and along with the physiotherapists and other support resources, the players were in very safe hands throughout.

“The adrenaline of the players matched with the weather conditions took many players to the point of exhaustion. Coupled to this the players have a low percentage of body fat which makes them very susceptible to the cold. It became apparent more players in the second half were suffering from symptoms associated with hypothermia.

“You had to be there to appreciate how bad the weather was and both sides had players on the floor of the showers unable to move for 20 minutes after the game. There were a couple of blue lips and fingers plus a lot of players with a lack of feeling in arms, hands and legs after the game but thankfully everyone has made a full recovery.”