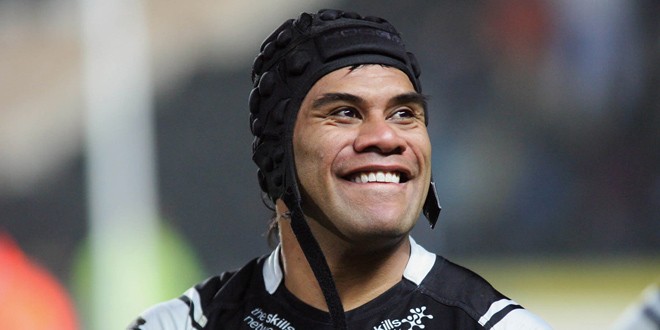 Hull FC prop Iafeta Paleaaesina claims he returned from a two week spell on the sidelines as a better player.

The three-time New Zealand international was dropped from Lee Radford’s side after the Airlie Birds defeated Salford 30-8, missing the round eight win over Huddersfield Giants and the Hull derby in round nine. He returned for Easter Monday’s victory over London Broncos, though, and vows to solidify a place in the Black and Whites’ front row.

He said: “I was definitely disappointed to miss out over the last couple of weeks, especially in the derby, but I knew I had a couple of things to work on and I was really pumped to play against London.

“Hopefully I’ve done enough to be selected against Wakefield, but there’s a lot of competition. Chris Green was the latest one to come back over the weekend and we’ve gone from only having one or two props at the start of the season to having eight or nine now. That’s a good thing but at the same time it was pretty gutting to miss the derby because of it. I don’t want that feeling again so I’ve just got to train hard and play hard. It’s all I can do and hopefully that will be enough to earn selection.”

The former Wigan, New Zealand Warriors and Salford prop has called for his side to come up with some consistency after a “frustrating” string of results. He said: “We’ve won, lost, won, lost. It’s getting to the stage where we need to string a few results together now.

“It’s been really frustrating, we’ve been losing the really tight games and that’s tough to take. There’s probably been four or five of them now so we’ve just got to knuckle down and keep working as hard as we can.

“We’re obviously disappointed to be out of the Challenge Cup but one thing it does give us is a weekend off to freshen up and go out on the training field and work on a few things. We know we’ll be in tight situations again during the season so over these next few weeks we can have a good look at the things we are doing ahead of that Wakefield game.”