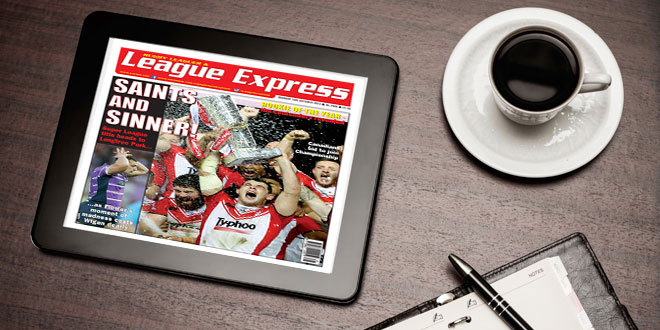 The 2,997th issue of League Express hits stores on Monday, packed with the biggest news, best interviews and exciting features regarding all things Rugby League.

There’s plenty of content to keep you going throughout next week, and here is just some of the things you can expect to see in the paper.

Brian McDermott guided USA to the World Cup last week, but it has caused a LOT of drama.

We have all the reaction to USA’s magnificent qualification, but also a blockbusting interview with a member of the Jamaica squad who believes the tournament was ‘geared up for USA to win’.

We have major transfer stories from across the world, including big news from Widnes Vikings and Catalans.

Coverage of EVERY club

From Leeds to Oxford and Wigan to Hemel, we have stories and developments from every club in the top three flights, including some key injury news from the Warriors and a superb interview with the one and only Kevin Sinfield.

A continuation of our ongoing feature, our list of 2015’s big moments heats up.

As we carry on putting together our Super League Dream Team, we focus on the centres in this week’s paper, and it might be the most difficult choice yet.

This week, we focus on Hull FC, Sheffield Eagles and Gloucestershire All Golds as the season draws ever nearer.

Hull FC fan? Buy this week’s League Express to be in with the chance to win a Hull FC shirt!