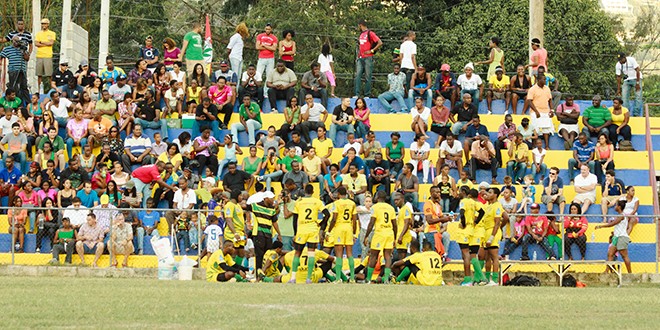 GC Foster College have defeated Liguanea Dragons 36-16 in the JRL Grand Final to be crowned National Club Champions, and in so doing ended their 2014 campaign unbeaten with 12 wins.

Played in front of large and energetic crowd at the University of the West Indies Mona Bowl, the Fostodians led from start to finish on the back of some sublime passing and running from their speedy three-quarters.

They were comfortably ahead 16-4 at the break and though Liguanea went on the attack in second half, the Dragons had left themselves too much to do..

JRLA Director of Rugby Romeo Monteith believes there has been a significant improvement in the local game as witnessed by the quality of the final.

“Both teams were good throughout the season and the fact that they are first time finalists is, in itself, a statement of how far we have come. Both team structure and individual skill levels are on the rise and that augurs well for the future of the game here,” he said.